As The Cloud spreads it gets easier to store stuff but more difficult to keep track of where all the blogs, travel diaries, family news, videos and photos went. I’ve written about some of the main events of the year here with links to pictures and music.

No big news is probably the main news of the year – we are well; Patricia is getting even stronger in body and voice; family are fine; but a much loved aunt and a close Danish friend died in the last few weeks.

Frydendalsvej 17 got a completely new roof this spring. This necessitated drastic pruning of trees, but we got amazing crops of figs, grapes and plums once the scaffolding was removed. The standard of workmanship, attention to detail and communication throughout the roofing job was fantastic, in contrast to experiences with builders in Scotland!

Apart from a bit of teaching, several book chapters, one or two papers, an IPCC expert meeting and a couple of invited talks at conferences it has been a quiet work year, but with plenty of variety and some nice trips (Dublin, San Sebastian, Montpellier, Âskö). American friends had for years been planning a long walk in France and we arranged to meet up near Brive la Galliarde in May for a week of gentle hiking near the Dordogne, Cère and Bave rivers. That was followed by a few days in Montpellier, where I gave a talk, and a few days on the edge of the Cevennes for more walking and a wonderful birthday dinner with friends at a B&B on the river Vis.

There was a big family gathering at Stroanfreggan at Easter and another in July to celebrate Luke and Matthew’s 40th birthday. James stayed with us while Luke and Matthew went for a very long (7*Munro!) day walk and he looked after us very well. 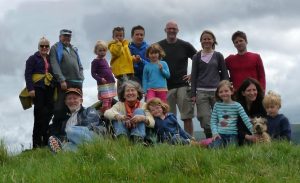 Patricia stayed in Beccles during the first week in August, while I went to the Cambridge Early Music summer school to sing Bach’s B minor Mass, a Buxtehude Mass and other wonderful stuff. Since then there has been quite a lot of singing, including three concerts with different programmes followed by a two concert weekend of Biber and others with a choir and orchestra from Austria and a couple of big concerts of Britten (Cantata Misericordia) and Faure (Requiem). Next up is Bach’s Christmas Oratorio on 13 December.
We’ve been helping out at a local repair cafe where people bring clothes and electrical goods that need fixing. It’s only once a month, but very “hyggelig” and you get to meet lots of nice people who need new zips in their jeans. 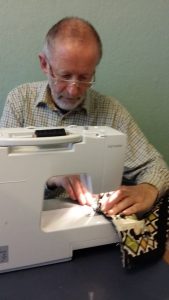 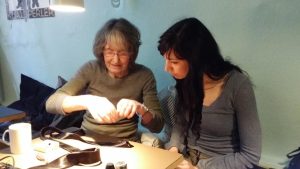 , SW Turkey in early December. It was a bus tour taking in several archaeological sites (Xanthos, Efesus, Afrodisias) as well as a couple of short boat trips (Kekova and Kaunos on the Dalaman river). The weather was perfect for sightseeing – sunny but cool – the food was good, the people we met were friendly and funny, the hotels were excellent and the guide very sympathetic.

Keith has just about covered it all. I have been painting a lot more.
I’ve been busy volunteering at Koncertkirken (the concert church), a decommissioned church which has been bought by a group of shareholders. There are concerts almost every day and sometimes two or even three! The music can be anything: renaissance, baroque, jazz, pop, rock, rap, tango, classical, choral, Korean gongs, electronic, experimental – and more. My duties include selling tickets and serving behind the bar. I try to be there for the renaissance and baroque concerts, but sometimes they need someone to cover other concerts, which means that I get to hear things I wouldn’t otherwise think of listening to. It’s great. However, when it’s experimental electronic, I sit behind the bar until the inverval, switch off my hearing aids and get on with my knitting.
Until this morning, I have not had much to do with the refugees, I’ve sort of dropped out of the New Times magazine and bee keeping projects rather by default. I do however, continue to work once a week with “my Bangladeshi boy”, Badal, who is no longer a boy but 24 and training to be a carer. It’s a two and a half year training in Denmark and we struggle with reading the theory. He is still training, but has just got himself a weekend job delivering home care. It’s a wonderful to see him finally standing on his own two feet.
This morning the Red Cross sent out an appeal for volunteers to man a post at the main station to greet and help refugees arriving there. Of course I signed up!
And remembering that my father was a refugee, I recently got the splendid news that the museum in Minden has opened the Freytag room, where the family furniture is on display. After various travels and 80 years asylum in the UK, the furniture is back in the house for which it was bought nearly 200 years ago.