It’s the end of April and time to prepare to head for home, quite sad to be leaving such a beautiful, interesting and friendly place. Last night I went out with a group of Danes to see the film Hævnen (In a better place) which uses the Danish landscape as visual punctuation or counterpoint, but it was more skyscape and open fields – I shall miss the mountains. (Great film with good acting that makes you wonder why people watch all that synthetic crap that most films are made of. When I saw a credit for make-up my first thought was “what make-up?”) 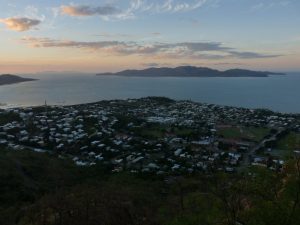 Townsville and Magnetic Island
I gave talks in Brisbane and Townsville before Easter, spent a couple of interesting days at the James Cook University and then went out for three nights on a diving boat to dive the Yongala wreck and then some of the reefs about 50 miles offshore. It was a very enjoyable trip with lots of exciting fish, corals, snakes (lots of them and within touching distance), turtles etc. The steam back was sufficiently rough to make you feel you had been at sea and the company was good. 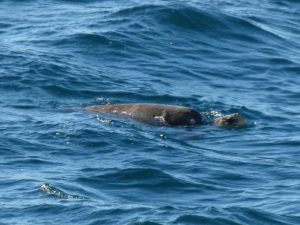 Loggerhead Turtle
On Tuesday I give a final seminar and then catch the plane for Hong Kong – look forward to seeing how James has changed. Then it’s back home via Santa Barbara for the final meeting of a group that has been meeting there over the past two years. I accepted an invite to give a talk in the Cook Islands in October, so I hope to get some more diving in there.